The Truth About Ventriloquist Bill DeMar 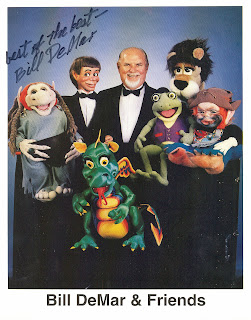 Quite a title for a blog post, don't you think? I mean, who doesn't want "the truth?" What deep, dark unknown tabloid secrets are going to be revealed?
I'm here to tell you my "truth" about performer, ventriloquist, magician, impressionist, author and comedian, Bill DeMar.
Some of you know who Bill is. A lot of you don't.
If you are a member of the Yahoo email group "Worldvents" you know that sometimes Bill causes a little  "friction" on that forum by posting topics dealing with vitamins, politics, religion and some other things that you wouldn't think would be topics of discussion on a list about ventriloquism.
But he also posts a TON of funny material, tips, hints, techniques, ideas, etc. from knowledge and experiences he has accumulated over a performing career that spans 65 years.
Some of his posts, I believe, are messages he forwards on - not just to Worldvents, but to others as well, not really thinking about what he is doing. Other times he posts some controversy to make vents think outside of the box to translate some of the "you can't talk about that" material into comedy to build a script or bit around.
I'm sure Bill won't mind me telling his age. He's 81 and will be 82 in November. I always remember his birthday because he and my Dad (who passed away in 2006) share November of 1931 as the month and year of their birth.
Here's the deal. In the world of ventriloquism, Bill DeMar is a living legend.
Jeff Dunham spends some time talking about Bill's influence on him when he was a young up and coming vent in his book "All by Myselves."
I first saw Bill perform at my very first Vent Haven Convention in 1981. He was the closing act for the "All Star" Saturday night show. I sat there in awe as he made character after character come alive during his routine. I had never seen such a master at creating a personality, vocal technique, perfect technical skill, and most of all, the most fluid and smooth puppet manipulation ever.
There was actually an award given at the convention for a few years called the "Bill DeMar Manipulation" award. I believe Jeff won it more than once.
Years after that convention, the only things that still stand out in my mind are seeing a 19 year old Jeff Dunham perform and knowing, even then, that he was going to be a big star someday, and Bill DeMar's performance. That's how big of an impression he made on me.
In his prime, there was not a more talented working ventriloquist than Bill DeMar. No one. If you ask any of his peers who knew Bill in those days (Jimmy Nelson, Sammy King, Jerry Layne and on and on), I would wager that they would agree with me.
In 1999 or so, I joined an earlier incarnation of Worldvents (I can't recall it's name) and then was an original member of Worldvents. I got to know Bill through that first email list. We became friends and over the years we released several items (DVD's, books, etc.) all showcasing Bill's knowledge and talent. I felt it important to make these resources available for future generations of vents.
Some of the younger ventriloquists getting interested in the art today think Jeff Dunham and Terry Fator invented ventriloquism. I admire greatly both Jeff and Terry and their extreme talents, as well as other pros working today - Jay Johnson, Nina Conti, Ronn Lucas, Dan Horn and a whole list of others.
But Bill has to be included in that group of top pros back in his day. He played in every venue imaginable doing multiple shows a week and / or in a day for over 40 years. He performed all over the US and outside of the country as well. 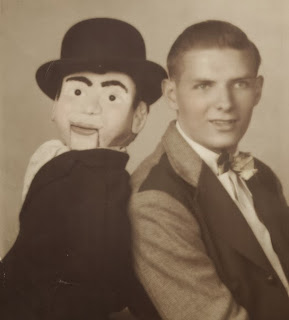 I urge you to learn from the great vents of the past. Absorb all you can about the rich history of ventriloquism, which I realize I've now been involved with for over 45 years.
That's why there are events like the convention and more recently the "Double Talk" shows. It's to make money to keep the Vent Haven Museum running, updated and allow the history of ventriloquism to live on.
Sure, the convention is a fantastic chance to meet other ventriloquists, see great shows, attend workshops, peruse the dealer's rooms and just have fun.
But the bottom line is that it's all to preserve and add to the history of ventriloquism at the museum.
I often find that people are more interested in getting their 10th dummy that they'll never do anything with, than to delve into the history of this unique art form. That makes me a bit sad.
I had people come up to my dealer's table at the convention in July and had no idea who Edgar Bergen, Paul Winchell, Willie Tyler, Jimmy Nelson, etc. were as I tried to talk a little "history" with attendees.
Bill DeMar falls in that category to a degree. I would venture to say that 80% of the people who attend the convention walk right by Bill and have no idea who he is. Especially the new attendees.
He never became "famous" but was a top notch professional in every sense of the word and worked continually for over 50 years.
People will read one of his "controversial" posts on Worldvents and wonder who this Bill guy is who sends these emails.
Bill has so much knowledge in regards to his craft. He's always been more than willing to answer questions from all folks who approach him at the convention, call or email him. He loves to share what he has learned over the decades.
He's a goldmine of information! Sit down with him and ask your most difficult questions as they pertain to ventriloquism, showmanship, manipulation, being funny, choosing a character, staging your show or selecting a voice.
Let me get off my soap box and just repeat - Bill DeMar is one of the best ventriloquists/entertainers I've seen in my lifetime. Take advantage of his wisdom while you can.
And, if you haven't been a student of the history of the great and not so great vents of the past, start changing that today. It's the history that's kept me in love with ventriloquism all these years. All of the other great and wonderful stuff - performing, the friendships, the convention, the figures, are all icing on the cake.
BONUS - AS PROMISED: Bill mentioned recently that he performed a soliloquy with his Frank Marshall figure, Chuck Norwood, as part of his act many years ago (I saw it performed in 1981). Here is a link to a video of that 6 1/2 minute bit:
http://www.youtube.com/watch?v=Q0P_uJ4rEjw
Tell me you don't get choked up by the end of it and I won't believe you. Chuck is alive during those nearly seven minutes.  Bill was an absolute genius and  master at what he did. The footage is over 30 years old and not anywhere near the quality that today's digital video cameras produce, but you'll still feel the emotion of this routine.
I didn't intend to use this blog post as a pitch for Bill's products, but I feel I do a disservice by not reminding you that I do have his DVD's and books on my website at:
www.ventriloquism101.com
Just click on the "Other Videos" and "Books" tabs and scroll down until you find Bill's items.
We've produced videos on manipulation (his #1 forte), highlight performance and show DVD's, his biography and his teaching video where he covers pretty much everything he knows about ventriloquism and show business.
He's also authored or co-authored two books. One, "Ventriloquism and Related Subjects" teaches the art, and second, an amazing script book written by Bill and Tom Ladshaw, "The Ventriloquial Script Sourcebook." Any and all of these resources can help you be a more complete and funnier performer.
If I had to choose, I'd probably invest in very first video I produced for Bill using old clips he had on VHS video tape. The video (now on DVD) is "The Bill DeMar Show." It's almost 2 hours of live bits and routines Bill performed over a 20 year period. Watch it once and then turn the sound down and just watch the interaction Bill has with his puppets. They ALWAYS look alive. Perfection. It's a lesson in itself watching Bill's technique.
So, for those of you who don't know Bill (and even those who do), cut him a little slack on Worldvents. And Bill, if you're reading this (and I know you will), be a bit more selective on the content you post on Worldvents...
The value Bill provides to the list far outweighs some of the "questionable" posts he makes. It all depends on how you look at it.
Thanks Bill, for making me a better ventriloquist and performer. 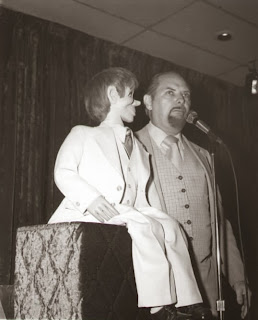 In closing:
1). There is a God.
2). Both political parties are corrupt and are destroying the Constitution.
3). CoQ10 helps support the cells of your heart, brain and nervous system.
Oops. Hope I didn't tick anyone off.
Thanks for reading. Leave a comment.
﻿
Posted by Lee Cornell at 10:54 AM 6 comments: