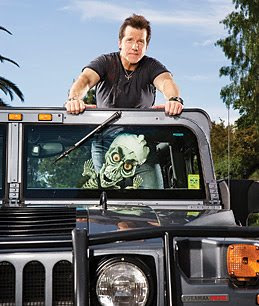 Just a quick post today. Jeff has taken another step into comedy superstardom.

He is featured in Time magazine the week of June 1st, 2009. After 30 years of hard work, Jeff is really hitting the big time. History is being made.

Pick up a copy of the magazine next week as a keepsake. You can read the article online here: 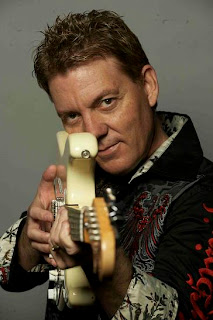 I'm sure most of you have by now heard of "Guitar Guy" in Jeff Dunham's show.

You may not know his name is Brian Haner. Brian is one of the best guitar players I've ever heard.

I've played guitar for almost 40 years (many professionally), but I am nowhere near his talent level.

Brian came into the spotlight on YouTube as part of Jeff and Achmed's song bit "Jingle Bombs."

Over the past couple of years, Brian has become a star in his own right. He opens for Jeff on tour and the two of them are pulling in 10,000+ people for their shows. If you have not seen Brian perform his stand alone routine, you are missing a great talent.

Plus, he has a "hook"that makes him unique. I mentioned it above. He is a premier guitar player AND an extremely funny stand-up comedian. He combines the two and just absolutely kills when he performs.

During his routine, he goes back in time and plays various hit songs from the 1960's to today and tags on very funny comedy dialog in conjunction with his astounding guitar technique.

I laugh as much at his set as I do Jeff's show. They make a great, hip comedy team. No wonder people are lining up to see their show. You get to see two headliner quality comedians for one ticket price.

Brian also has two great comedy products (other than his appearances on Jeff's DVDs). First, his comedy CD - "Cougar Bait." 13 great songs with a unique comedy twist. Hilarious! One of the funniest comedy albums I've ever heard.

Second, his book "Carney Man." A combination of humor and drama. Unusual combination (that's why I liked it), but a great story with a real twist at the end.

If you only know of Brian from his association with Jeff, you're missing a lot.

I highly recommend them both.

I always tell people who are trying to get better at comedy to study really funny people. Don't copy them, but pick up ideas on technique from great comedians.

Brian falls into that category.
Posted by Lee Cornell at 6:19 PM No comments: